Workers on strike against private security changes in the labor contract

Workers on strike against private security changes in the labor contract

About 50 employees of private security focused in front of the Association of Security Companies in Lisbon, to ensure that “will not accept the employer’s contract” and to perform a strike between 26 and 27 March.

In the motion passed at concentration promoted by STAD – Unions Concierge Service Workers, Surveillance, Cleaning, Household and Activities Several workers said the ‘refusal to agree any collective bargaining agreement that (the) harm’.

Workers also wanted to declare “their willingness to dialogue, negotiate and agree that the revision of the CCT is total, how full its willingness to continue to fight the employer’s social terrorism”. Carlos Trindade, coordinator of STAD, criticized, among other things, attempts of the Security Companies Association and the Association Business Security, Fire, Burglary and Fire (AESIRF) to impose a purse hours, which, he said, “destroy life private people. ”

Other criticisms of the union are related to the ‘change of night work hours’ and the reduction to 40% of pay for overtime when it is now paid between 50-100%. “We want to negotiate and we want to review the collective bargaining agreement, but we do not want in any way that rights are eliminated.

We do not accept, not negotiate, do not wake up the reduction and elimination of the collective bargaining agreement rights, “he said. For its part, the president of the Security Business Association, Rogério Alves, said the STAD is “willing to negotiate, provided there is no negotiation and that the association accepted what the union wants.” “Negotiating means compromise and the contract must reflect the Portugal of the XXI century crisis. Not worth proclaim, call terrorists and have to look at the reality in which security companies have fewer customers, who pay less, pay later and pay worse, “he said. In a context where there is reduced labor and “brutal tax burden”, the official indicated the need for a “modern contract ‘to save the jobs, which is the contract made with the FETESE (Federation of Trade Unions of Office Workers and Services).

Present in the concentration was the general secretary of the CGTP, Armenian Carlos, who indicated that concentrations like today are part of a “strong dynamic that will be stepped up to May 1 (Labor Day).” 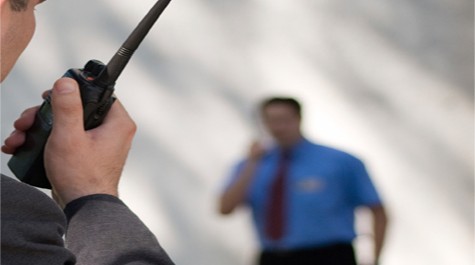 Want To Know More? We Call